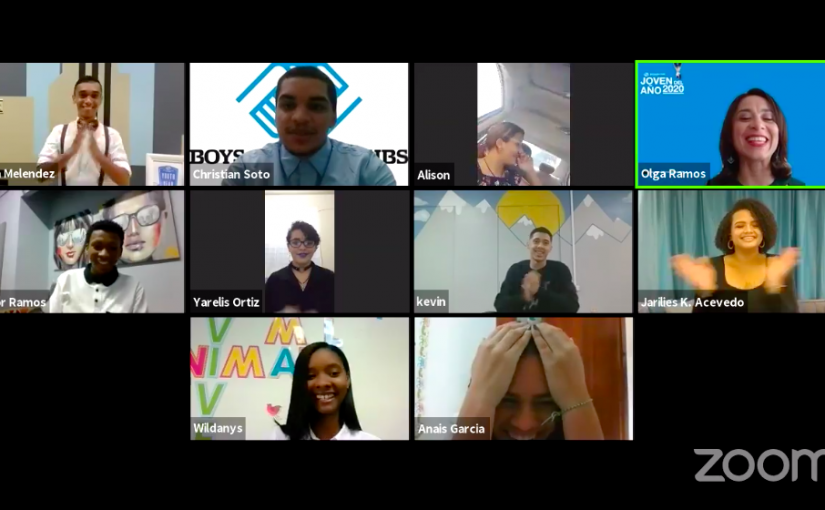 Boys & Girls Clubs of Puerto Rico selects the 2020 Youth of the Year, spokesperson for children and youth

(San Juan, Puerto Rico, May 29, 2020) After a process of virtual interviews by a jury made up of renowned professionals and public figures, Anaís M. García was selected by Boys & Girls Clubs of  Puerto Rico (BGCPR) as the 2020 Youth of the Year, becoming the representative of Puerto Rican youth for the Youth of the Year contest at the United States level.

The young woman has attended BGCPR at San Lorenzo since she was 6 years old and  just graduated high school with excellent grades.  She excelled in community projects and has represented her Club and Puerto Rican youth in different forums in Puerto Rico and the United States.  She will start college at the University of Puerto Rico, Mayagüez Campus in the fall, where she hopes to become a mechanical engineer and create her own company.

The BGCPR Youth of the Year program recognizes the leadership of outstanding youth for their contribution to their family, school, community and Club, as well as the personal challenges they face and the obstacles they overcome. Every year a Youth of the Year is selected in the BGCPR Clubs, which then participate in the contest with youth from all Clubs and later represents Puerto Rico among youth from Boys & Girls Clubs of America.

Due to the emergency caused by COVID-19, the live event  had to be canceled and the jury interviews and announcement were carried out through the virtual platform Zoom, and transmitted simultaneously by Twitter, Facebook, YouTube and  the website bgcpr.org.

The organization’s president, Olga Ramos Carrasquillo said that “despite the current situation we are experiencing as a country and the new reality that requires us to maintain social distance, it was necessary to select the new representative and spokesperson for more than 12,000 boys, girls and youth reached by our organization, even if it were through virtual platforms.  These youth are the living example of perseverance.  They grew up in marginalized environments that do not promote positive development, in insecure environments, in families without economic stability, facing unimaginable challenges.  However, we seek to transform their way of thinking so that they have the motivation and the desire to excel.  We support them on the path to success and achievement of their goals, and they are well on their way to achieve them “

Likewise, Ramos Carrasquillo appreciated the commitment of the allies, collaborators, investors and jury that were active participants in the development of Boys & Girls Clubs of Puerto Rico’s youth.

The Youth of the Year candidates from each Club were: Christian Soto from the Carolina Club, Alison L. Rosa from the Aguas Buenas Club, Yarelis Ortiz from the Mayagüez Club, Héctor E. Ramos from the Luis Llorens Torres Club, Wildanys M. Fuentes from the  Loíza Club, Kevin J. Rosario of the Las Margaritas Club, Anaís M. García of the San Lorenzo Club, Bryan Meléndez of the Isabela Club and Jarilies K. Acevedo of the Bayamón Club.